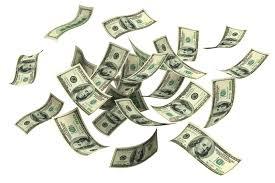 Ok, so everyone knows that the folks who bring in the biggest bucks in the fashion industry usually work behind the scenes. Think Bernard Arnault (Chairman of luxury conglomerate LVMH, net worth $41 billion), Stefan Persson (Chairman of Hennes & Mauritz (H&M), net worth $26 billion), and Tadashi Yanai (founder and president of Fast Retailing (Uniqlo, Theory and Helmut Lang), net worth $10 billion. Other fashion folks at the top of the food chain are considered the rock stars of fashion. So we’re talking about high profile designers like Miuccia Prada, (Net Worth: $12.4 billion), Giorgio Armani, (Net Worth: $8.5 billion), and Ralph Lauren (Net Worth: $7 billion), to name a few.

While it is not exactly unreasonable to think that fashion’s next mogul might be in the making right now in a studio at Parsons or SCAD, a good number of tomorrow’s fashion professionals will settle into a worthy position with a comfortable salary. In fact, many of these talented individuals can expect to earn more than the national average ($47,230 per year), while others can expect to make much (much) more. Not too shabby, right?

Let’s take a look at some of the highest paying (salaried) fashion jobs first:

Salaries for some newer areas of fashion, such as fashion blogging, are all over the map. But  according to a recent CNN article, some fashion bloggers are earning six figures, while a select few rake in millions. In the article, CNN mentions that 13% of the bloggers at Style Coalition earn more than $100,000 a year and 54% blog as a full-time job. To get a better handle on this emerging area of fashion, we’ll just have to wait patiently for the Bureau of Labor Statistics (BLS) to catch up.

In the meantime, this brings us to two of the most heavily populated areas of fashion that the BLS actually has managed to track. The largest? Retail Sales.

According to the BLS, retail salespersons, some 4.6 million, was one of two groups that had the highest employment in May 2014. The other was cashiers. Of the retail sales group, those working in clothing stores and department stores had the highest levels of employment. Those working in clothing stores and shoe stores also had the highest concentration of employment in this occupation. Unfortunately, these professionals are among the few in the fashion world that make much less than the national average (as far as trackable salaries go).

The mean wage for these folks is $25,760 per year, with top earner’s averaging $39,300 per year. The good news is the Bureau doesn’t track commissions, which is where many retail salespersons can earn a good chunk of money. While commissions average between seven and 15%, it is not unheard of for retail salespeople at major fashion houses, boutiques, and luxury retailers to earn 25-50%.

In May 2014, the median annual wages for fashion designers in the top industries in which they worked were as follows:

-Management of Companies and Enterprises: $90,020

Although some may see this next position as less glamorous than fashion design or even retail sales, many successful fashion designers got their start here. Of course, we’re talking about fabric and apparel patternmakers. These skilled professionals earn a mean annual wage of $47,280 per year, with the potential to earn up to $82,650 or more.