Going All the Way: The Fashion MFA 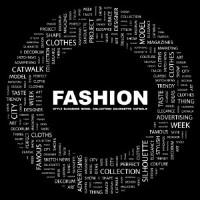 When it comes to obtaining an advanced degree in fashion, there are those that feel it is ‘totally’ unnecessary, while others argue that you simply cannot get ahead quickly these days without one. The latter may be true if you consider a recent report by the U.S. Department of Labor. Modified in April of this year, the Earnings and Unemployment Rates by Educational Attainment report shows that the unemployment rate for people age 25 or older with a bachelor’s degree is 3.5 percent. The rate begins to decrease as the education level increases from here. For people holding a master’s degree, the unemployment rate is 2.8 percent. The rate for those with a doctoral degree is 2.1 percent, and for those with a professional degree the unemployment rate is just 1.9 percent.

The Department or Labor also mentions that the education categories used reflect only the highest level of education attained. They do not take into account completion of training programs in the form of apprenticeships and other on-the-job training, which may also influence earnings and unemployment rates.

Good examples: designers such as Thomas Burberry and Giorgio Armani never earned a degree in fashion, but they learned about fashion and sewing either on the job, or in Thomas Burberry’s case, as an apprentice at a local draper's shop. And still, there are others who earned a BFA and went on to become famous designers. Anna Sui, Mark Badgley and James Mischka, and Donna Karan are just a few. These are exceptional cases, however, and most employers today require at least a bachelor’s degree for most entry-level positions and a master’s degree plus experience for higher-level positions. Many of the world’s top fashion houses also look favorably upon designers with an advanced degree. Further, if you are interested in educating the next generation of fashion designers, “most commonly, postsecondary teachers must have a Ph.D. However, a master's degree may be enough for some postsecondary teachers at community colleges,” according the Department.

Another indication that earning an advanced degree is becoming more common in the fashion industry is the number of top fashion schools and major universities that now offer master of art (MA), master of fine art (MFA) and master of design (MDes) degrees in fashion. Savannah College of Art and Design (SCAD), the School of the Art Institute of Chicago (SAIC), Parsons The New School, University of California-Davis Arts, and California State University-Los Angeles are just a few. And these schools offer much more than a degree.

While curriculums may vary based on the title of the program—Parsons The New School offers an MFA in Fashion Design and Society, while SAIC offers a Master of Design in Fashion, Body and Garment—most top programs offer the opportunity to work and network with major players in the fashion industry and to have their work critiqued by respected professionals in the field. Students also have the opportunity to present a collection or multiple collections at the graduate fashion show and other major events, and they often work and study abroad in major fashion capitals such as Paris, London, Rome, and New York.

Many MFA graduates mention that the time commitment for the program is minimal when you consider the long-term benefits such as higher earnings, advancement opportunities, and better employment options. MFA programs take around two years to complete and costs vary greatly by the type of school, reputation, resident status, and other factors. For example, graduate tuition for the private Parsons The New School is $44,680 for the 2015-2016 school year, while residents at California State University-Los Angeles (a public school) will pay $7,608 for the 2015-2016 school year. The cost for nonresidents is $15,272.

To review other fashion schools and their program offerings, take a look at the Top 50 Fashion Design Schools and Colleges in the U.S. for 2015.