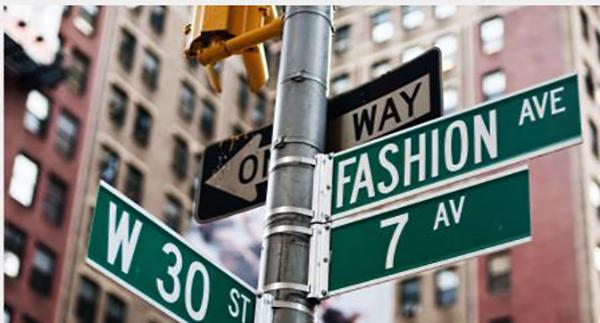 Some fashion meccas rise to the very top of just about every ‘Top 10’ list year after year. New York, Paris, and London are a few and they often take turns holding that coveted number one position. However, a few of the top 10 global fashion capitals for 2015 might surprise you, as these au courant cities didn’t even make the top 10 in the most talked about industry survey the year before—The Global Language Monitor’s 11th Annual Survey: Top 56 Global Fashion Capitals. Even more surprising is the cities that made the Watch List for 2016!

Before we reveal the Watch List, let’s take a look at GLM’s top 10 and the reasons many of these cities are always ahead of the pack.

For 2015, Paris bumped New York from the number one spot to become the world’s top fashion capital. This is not surprising. La Ville Lumiere is home to many of the top 50 fashion schools in the world—Ecole de la Chambre Syndicale, Istituto Marangoni (also Milan and London campuses), ESMOD-Paris (23 schools located in 15 countries around the world), Paris College of Art and Studio Bercot are just a few. Next, some of the most famous fashion designers in the world are French—Yves Saint Laurent, Hubert de Givenchy, Karl Lagerfeld, Jean-Paul Gaultier, Christian Dior, Pierre Cardin, Coco Chanel, Rene Lacoste, and Christian Louboutin top the list. Besides this, the world’s largest fashion magazine (Elle) launched in Paris in 1945 and still has headquarters there, along with 44 editions around the world.

Finally, the world’s grandest fashion show is held biannually in Paris—the celebrated Paris Fashion Week. Besides New York Fashion Week, no other fashion event in the world attracts more fashion royalty. Of course, being at the top of the fashion food chain means Parisians—no matter which arrondissement they may inhabit, are always snapshot-ready. The world loves to watch what they’re wearing!

New York is and always will be a top four fashion capital, but the Big Apple couldn’t quite hold on to the lead over its toughest competition—Paris. Still, number two is never a bad thing and New York is still shining brighter than ever. We all know New York is the world’s culture center in every way, but when it comes to fashion, every city in every corner of the world follows New York—even Paris can admit that! Like Paris, New York is home to a number of the top 50 fashion schools in the world. Parsons School of Design, Fashion Institute of Technology (FIT), and Pratt Institute School of Design are the heaviest hitters.

Next, some of the most famous fashion designers in the world were born in, reside in or have other ties to New York. Ralph Lauren, Donna Karan, Marc Jacobs, Tom Ford, Vera Wang, Betsey Johnson, Carolina Herrera, Jason Wu, Tory Burch, Anna Sui, Bill Blass, Isaac Mizrahi, Geoffrey Beene, and Narcisco Rodriguez are just a few. Finally, another grand fashion show, and among the top four in the world, is New York Fashion Week. Held in February and September each year, the show attracts the biggest names in fashion—from yesterday to today. The event has been going strong since 1943, making it the very first fashion show of its kind.

London remained steady in 2015, neither advancing nor falling in GLM’s survey. There are many reasons this funky city just won’t budge from the upper echelon of global fashion capitals. First, London has always been ridiculously innovative when it comes to fashion. After all, the Mod movement was born here. Next, the UK has produced some of the most extraordinary fashion designers in the world. Alexander McQueen, Mary Quant, John Galliano, Stella McCartney, Vivienne Westwood, Hussein Chalayan, and Christopher Kane are just a few.

Next, London is home to so many top fashion schools, you’ll lose count. The most prestigious, and often considered the best in the world, is Central Saint Martins. Nearly all of the designers mentioned above are among the school’s most famous graduates. Other famous London fashion design schools include London College of Fashion, Kingston University, Istituto Marangoni (also Milan and Paris campuses), University of Westminster, and Royal College of Art.

Finally, yet another grand fashion show, one of the top four in the world, is London Fashion Week. Also held in February and September each year, the show attracts the world’s largest fashion houses. In existence since 1984, London Fashion Week is produced by the British Fashion Council.

Like London, Los Angeles held on to its position for 2015. Not too shabby for a city that is more famous for filmmaking than fashion! So why did the City of Angels score higher than so many other cities on the list—again? Well, fashion in Los Angeles can be glamorous, edgy, hip, laid-back, and eccentric all at the same time. You just can’t describe fashion in one word here and that’s the beauty of getting decked out in LA. Decked is whatever you want it to be.

Although Los Angeles is all over the map when it comes to fashion, formal training for fashion designers just doesn’t get any better than this. Some of the most famous schools in the world from Otis College of Art and Design to the Fashion Institute of Design & Merchandising (FIDM) can be found here and they have produced some of the world’s top designers. Pamela Skaist-Levy (co-founder of Juicy Couture), Cynthia Vincent (founder of Twelfth Street by Cynthia Vincent) and Rick Owens are just a few.

Besides famous fashion schools and top designers, Los Angeles is home to the region’s top fashion show—LA Fashion Week. Held in March and October of each year, LA Fashion Week often attracts more than 20,000 guests and dozens of desirable collections from around the world.

Rome moved up a notch in 2015 from number six in 2014 to number five, rounding out GLM’s coveted top five global fashion capitals. One of many Italian cities that made GLM’s Top 56 list, Rome is known for top fashion houses that produce extravagant haute couture fashions for the rich and famous. Valentino, Fendi and Gucci were founded in Rome and the city features one of the highest-end shopping districts in the world—the area surrounding the prestigious Spanish Steps. The shops of Chanel, Dolce & Gabbana, Gimmo Etro, Gianfranco Ferre, and Alberta Ferretti reside here, as well as Gianni Versace, Giorgio Armani, and Prada.

Rome is also home to one of the world’s most famous fashion schools— Accademia di Costume e di Moda. Established in 1964, the school’s strong focus on costume design makes it an even greater asset to the fashion world, as well as the film industry. Other top fashion schools in Rome include Accademia Koefia (also Milan), Accademia Altieri Moda Arte, and IED - Istituto Europeo di Design, to name a few. 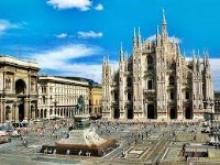 Milan has been both high and low in GLM’s survey, but in 2015, this fashion capital climbed from number 12 to number six. Not surprising. The city hosts one of the largest fashion weeks in the world—Milan Fashion Week, and only the most elite members of the fashion industry attend. Gucci, Prada, Dolce & Gabbana, and Roberto Cavalli are just the tip of the iceberg. Known for out of this world craftsmanship and the superior quality of their creations, the designers of Milan and beyond come together for Milan Fashion Week during the months of February and March for the Spring-Summer Collection, and September and October for the Fall-Winter Collection.

Finally, several of the top 50 fashion schools in the world can be found here. Istituto Marangoni, which also has campuses in London and Paris, and Accademia Koefia (also Rome) are just a few.

Barcelona dropped from the number five position in 2014 to number seven in 2015. Still, the City of Counts remains in the top 10 and for good reason. Barcelona has one of the fastest growing fashion industries in the world. The value of its global textile and apparel market was more than $1.7 billion in 2012, it is one of the largest producers of textiles (after Germany and Italy), and many of the world’s top fashion houses and companies started here. Cristobal Balenciaga, Massimo Dutti (more than 720 stores in 70 countries worldwide), Mango (107 countries, 2,500 stores worldwide) and Tous (400 stores in 45 countries) are just a few.

Barcelona also has its fair share of notable fashion schools such as Barcelona-IED Istituto Europeo di Design, FDModa, and ESDI Barcelona and the city hosts Barcelona Fashion Week. The event is growing and it attracts both major and up-and-coming designers from around the world. 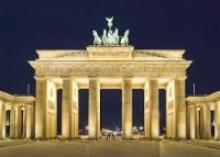 In 2014, Berlin held the number seven spot on GLM’s list. In 2015, it dropped to number eight. This top 10 fashion capital made the list again for several reasons. It (Germany) gave us Karl Lagerfeld (born in Hamburg), Hugo Boss (born in Metzingen), and Margaretha and Wolfgang Ley (Munich)—the founders of Escada. Germany is also home to 40-plus fashion schools. Many are located in Berlin. Just a few include Universitat der Kunste Berlin, Lette Verein School of Design, KHB – School of Art and Design, ESMOD Berlin, Best Sabel, FHTW Berlin, and OSZ Bekleidung und Mode.

Berlin Fashion Week is also an event worth mentioning. Although young compared to Paris and New York Fashion Weeks, Berlin Fashion Week has made a name for itself by introducing the hottest young fashion designers to the world. The biannual show was established in 2007 and it is presented by organizations such as Berlin Partner and the Berlin Senate, among others.

Like Milan, Madrid made an impressive climb from the number 14 position in 2014 to number nine in 2015. Madrid is a top 10 capital for a number of reasons. First, Madrid Fashion Week is the most prestigious fashion event in Spain. Formerly known as Cibeles Madrid Fashion Week, the gala attracts supermodels, famous fashion designers, and the rich and famous from around the world. Madrid is also home to a number of noteworthy fashion schools. Just a few include Madrid-IED Istituto Europeo di Design, the Technical University of Madrid (UPM), and Accademia del Lusso.

As far as famous fashion designers go, Manolo Blahnik, Amaya Arzuaga, Jesus Del Pozo, Adolfo Dominguez, and Loewe have ties to Madrid. In addition, Cristobal Balenciaga opened a fashion house here in the 1930s, where it remained until he gave up haute couture in 1968.

Last but not least—Tokyo. This city of nearly 38 million has one of the quirkiest fashion scenes in the world and no other city on our list has been able to duplicate it. Moving up a notch from number 11 in 2014 to number 10 in 2015, Tokyo and its top academic institutions had a hand in shaping famous fashion designers such as Hanae Mori (Tokyo Women’s Christian University) and Issey Miyake (Tama Art University). Bunka Fashion College—one of the most prestigious fashion schools in the world, has produced famous designers such as Kenzo Takada, Junya Watanabe, Yohji Yamamoto, Hiroko Koshino, and Tsumori Chisato. Tokyo Mode Gakuen College of Fashion & Design is also one of the city’s top fashion schools.

Tokyo Fashion Week is one of the most anticipated fashion events in the region—if not the world. Known for launching some of the world’s most unusual fashion lines and starting many of the oddest trends still alive today, Tokyo Fashion Week attracts famous fashion designers and other major industry professionals from all 56 fashion capitals, and beyond.

As promised, the following is GLM’s Watch List for 2016.

To take a look at the Global Language Monitor’s other 46 fashion capitals for 2015, visit GLM’s official website here.