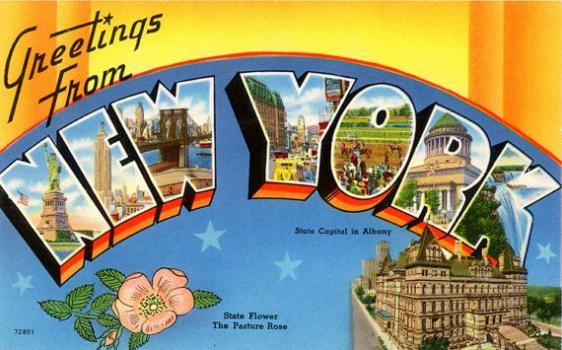 The state of New York is home to the Fashion Capital of the World—New York City. The city of New York had held this title longer than any other city in the world. And even in a recession, the city still managed to stay on top. New York is also home to the world’s first fashion week, which took place in the early 1940s. Today, Mercedes Benz Fashion Week takes place at Damrosch Park at Lincoln Center. This semi-annual event took place at Bryant Park until September 2010.

Besides being the fashion capital of the world and hosting one of only four major fashion weeks around the world, the city has more than 175,000 fashion industry jobs and more than 7,000 are in fashion design. Merchandise displayers are plentiful too. More than 3,000 live and work in New York and the population is expected to grow. Merchandise display work is just one of the duties associated with fashion merchandising.

Whether you’re interested in working for a top designer—Alexander McQueen, Carolina Herrera, Diane Von Furstenberg, and Tommy Hilfiger are here, working in a boutique or retail shop, or starting your own line, New York is one of the best places in the world to do it.

After graduating from a fashion design or fashion merchandising program, students should have no problems finding work. New York, particularly New York City, has reported an increase in fashion jobs over the last several years. This trend is expected to continue well into 2019.

In order to make it in New York, you’ll need talent and training. Fortunately, New York is home to dozens of schools that offer superior quality fashion design and fashion merchandising programs. Some programs may be completed in as little as two years, while others may take four to five years to complete.

The National Association of Schools of Art and Design accredits approximately 300 postsecondary institutions with programs in art and design. New York is home to many top art and design schools as well as traditional colleges that award degrees in fashion design and fashion merchandising. In New York City, you’ll find top art and design schools such as Parsons the New School for Design, Pratt Institute, and New York School of Design. Other schools that offer fashion design and fashion merchandising programs are:

For more information about the fashion design and fashion merchandising industries, visit the Bureau of Labor Statistics at Bls.gov.

Sewing and cutting jobs may decline as more and more designers and brands choose manufacturing companies overseas. However, employment of fashion designers is stable because many firms prefer to keep design work in house.

The Bureau of Labor Statistics has not reported employment and salary figures for fashion merchandisers, but a significant part of the job involves working with window and store displays. There are 3,180 merchandise displayers living in New York City, down slightly from 2004, when there were 3,590. Jobs will still be available as merchandisers move into other positions, start their own businesses, or leave the industry.