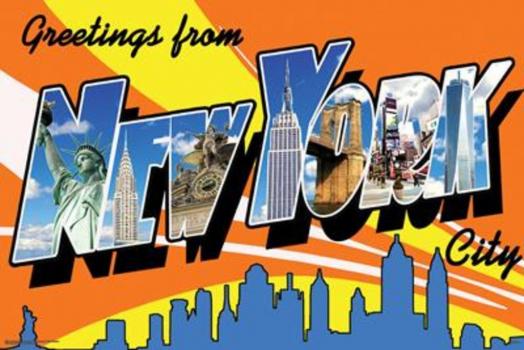 New York City is the fashion capital of the world. The city has held this title longer than any other city on the planet and even in rough times, the fashion scene still thrived. Simply put, everything that is anything begins and ends in New York City, and the rest of the world is all too happy to follow New York’s lead. Just a few things that set New York City apart are the world’s first and largest fashion week (80 shows), more than 175,000 fashion industry jobs (more than 7,000 are in fashion design), and some of the world’s top fashion schools.

New York City is also home to more design shops and studios than any other city. Alexander McQueen, Carolina Herrera, Diane Von Furstenberg, John Varvatos, Vera Wang, and Fendi are just a few designer shops that call New York home. Fashion magazines such as Vogue and Elle are plentiful here as well, and the city is home to the only library in existence with a free digital database of all things fashion. Before the library launched the free version of the database, users paid a hefty price to peruse it.

So where do locals shop? Everywhere! Opportunities to shop can be found on every street or avenue from Lower Manhattan & the Financial District to the Upper Westside, you can find all types of styles from A-Z. The city’s most popular shopping areas are Chinatown, the Lower East Side, SoHo, Nolita, Chelsea/Meatpacking District, East Village, Greenwich Village, Lafayette Street from SoHo to NoHo, Union Square/Flatiron District, Times Square & the Theater District, Herald Square & the Garment District, Midtown, Uptown, Fifth Avenue & 57th Street, and the outer boroughs such as Brooklyn.

The state of New York is home to 307 colleges and universities. Many are art and design schools, while others are traditional colleges that offer art and design programs. The number and variety of schools located in New York City make it easy for aspiring fashion designers and fashion merchandisers to find just the right program. Some art and design schools have been accredited by the National Association of Schools of Art and Design (NASAD), while others have been accredited by agencies such as the Accrediting Commission of Career Schools or the Colleges and the American Academy of Liberal Education. Visit the U.S. Department of Education at Ed.gov for a complete list of accrediting agencies.

The state of New York is home to around 7,260 salaried fashion designers. Around 6,790 live in the New York City metropolitan area. Thousands more are self-employed.

The Bureau of Labor Statistics has not reported employment and salary figures for fashion merchandisers, but a significant part of the job involves working with window and store displays. There are 4,530 merchandise displayers living in the New York City metropolitan area.