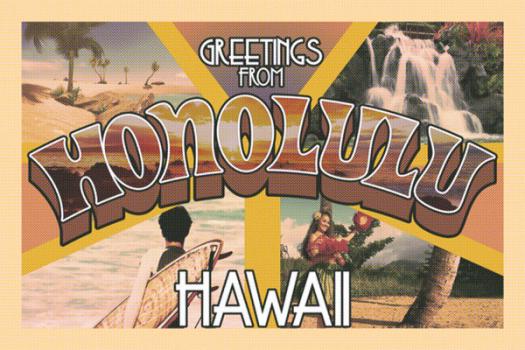 Honolulu is the largest Hawaiian city and one of the 50 largest cities in the U.S. It attracts more visitors each year than any other place in Hawaii, so the retail industry is thriving. In fact, the retail industry employs well over 100,000 workers, and retail sales amount to billions per year. The retail scene is so magnetic here that it has attracted upscale designers such as Chanel, Hermes, Prada, Hermes, Gucci, Hugo Boss, Coach, Kate Spade, and Louis Vuitton, to name a few. This has made Hawaii—mainly Honolulu’s Waikiki area, a world-class destination for upscale retail.

Honolulu isn’t only for the rich, of course. The city is home to shopping venues of all kinds from funky boutiques to big name retailers such as Aldo, Gap, Old Navy, Nine West, Lacoste, and more. In addition to a thriving retail industry, Honolulu has it’s own fashion week event and several schools that offer fashion programs. University of Hawaii at Manoa and Honolulu Community College are popular options.

Hawaii is home to only 20 colleges and universities. This is much lower than the national average of 88, but there are still quite a few opportunities to train in a variety of fields here, including fashion design and fashion merchandising. The University of Hawaii at Manoa offers a Bachelor of Science in Apparel Product Design and Merchandising and Honolulu Community College offers an Associate in Applied Science in Fashion Technology.

Employment and Salary Trends for Hawaii:

Employment and salary figures for fashion merchandisers have not been reported, but a significant part of the job involves creating window displays and managing the overall look and feel of stores. More than 560 salaried merchandise displayer’s work in Hawaii. Around 520 live and work in Honolulu.

Employment in the fashion industry overall is expected to grow by one percent for the 2008-2018 decade. Sewing and cutting jobs may decline as more designers and brands choose manufacturing companies overseas. However, employment of fashion designers is stable because many firms prefer to keep design work in house.