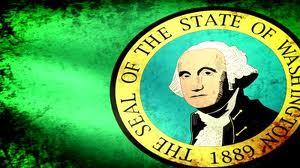 Thanks to having one of the most temperamental climates in the country, outerwear is Washington’s signature style. We’re talking print, bold color, military, safari-style—you name it, Washington’s fashion scene has it. You’ll also see plenty of trendy printed dresses, distressed jeans and screenprint tees, eighty’s-esque garb, and more. And the state’s vibrant fashion scene isn’t limited to just Seattle. Cool fashions can be spotted on the streets of other cities like Redmond, Tacoma, Spokane, Yakima, and many others.

Diverse shopping venues and annual fashion events are plentiful across the state, starting in Seattle where you’ll find Seattle Fashion Week and hundreds of thrift stores, consignment shops, and vintage boutiques. The city of Seattle has a swanky side too, so if that’s what you’re into, look no further than Downtown Seattle where you’ll find more than 1,000 retailers—many of them high-end. The surrounding area is home to a dozen neighborhoods that offer even more shopping for seasoned boutique lovers.

Besides an exciting statewide fashion scene, Washington is home to a number of top art and design schools that offer everything from certificate programs in fashion to advanced degrees in all areas of the fashion industry. Just a few popular options are Central Washington University in Ellensburg and top-ranked Washington State University. Continue reading to learn more about Washington’s best fashion schools and what they have to offer.

According to the latest report by the Institute of Education Sciences (IES), Washington  is home to 85 Title IV degree-granting universities. Although slightly smaller than the national average, Washington  has a diverse collection of schools including large four-year universities, small colleges, technical schools, and top-tier art and design schools. Just a few art and design schools include Cornish College of Arts (Seattle), the University of Washington School of Art (Seattle), and independent art schools such as Gage Academy of Art—an extended learning art center.

Scroll through the list below to review Washington states best options for aspiring fashion designers and where to find them!

Seattle
New York Fashion Academy - Degrees Offered: 18-month Certificate Program in Design and Construction, "the only comprehensive high-fashion curriculum in the Northwest" according to the Academy.

Washington State University reports that the state’s fashion and apparel industry is a major contributor to the Washington’s economy, and it is well positioned for future growth. In 2009, the industry here generated revenues of $8.3 billion and employed 34,460 people, mainly in the Seattle area. Of this figure, 220 are salaried fashion designers (up from 120 in 2008) and hundreds more are self-employed.

In the state of Washington, jobs in the fashion industry are quite easy to come by—even in smaller cities such as Redmond, Renton, Yakima, Federal Way, and Spokane Valley. However, based on population and the number of businesses, the state’s larger cities (100,000+ population) offer the biggest variety of opportunities. The state’s seven largest cities include Seattle (largest), Spokane (second), Tacoma, Vancouver, Bellevue, Kent, and Everett.