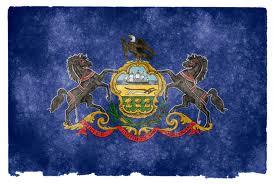 Pennsylvania may not be the first place that comes to mind when you think about fashion, but the Keystone State has plenty to offer in the world of fashion. First, the state is home to a variety of buzzworthy Fashion Weeks including Pennsylvania Fashion Week, Philly Fashion Week, Pittsburgh Fashion Week, and Harrisburg Fashion Week. Next,  fashionistas and fashion designers alike will find some of the regions busiest shopping and entertainment venues throughout the state's 10,000+ cities, towns, and neighborhoods.

In Philadelphia, you'll find Manayunk. Described as “artsier than Center City District,” which is home to big names in the industry like J. Crew, Express, and Nicole Miller, Manayunk is a national historic district that houses everything from chic denim boutiques to funky resale shops. Head to the Pocono Mountains region where you'll find more than 100 designers and name brand outlets. You will also find some of the trendiest fashions around at King of Prussia Mall (400+ stores) or Pittsburgh’s Strip District—the city's only historic market district.

In addition to unique shopping venues and a wide variety of Fashion Weeks, Pennsylvania is home to some of the nation’s top schools for fashion. These programs can help you develop the creative and technical skills needed to make it in the fashion industry whether you decide to hunker down in PA after graduation or head to New York in search of fame and fortune. Just a few of the state’s top schools for fashion are Philadelphia’s Moore College of Art and Design, Albright College in Reading, and the Art Institute of Pittsburgh.

According to the latest figures by the Institute of Education Sciences (2013), Pennsylvania is home to 262 Title IV degree-granting institutions. This large collection of schools consists of traditional universities, technical schools, art and design schools, and more. Take a look at the list below to find out which schools are tops for aspiring fashion designers, and what they have to offer.

It is important to keep in mind that many fashion designers are self-employed. However, the Bureau does not collect data for these individuals. That said, self-employed designers might earn much less or much more than the national average. Some of nation’s top designers earn anywhere from the high six figures to tens of millions of dollars.

While Pennsylvania has its fair share of mid-sized cities, graduates will find the most lucrative positions and opportunities in large cities. The state’s largest cities are Philadelphia, Pittsburgh, Allentown, and Erie. Harrisburg—the state’s capital, is worth exploring as well.