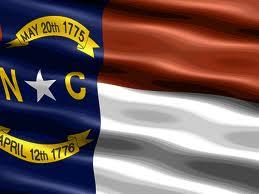 Described as “casual cool,” North Carolina’s fashion scene has a lot to offer aspiring fashion designers. First, the fashion scene here seems to be growing here, right in line with the population, in just about every city and town. The state of North Carolina is home to more than 9.7 million residents. That’s an increase of more than 1.7 million between the year 2000 and today. Principal cities such as Charlotte have grown by more than 200,000, and smaller towns such as Wake Forest have more than doubled in population since 2000. This means, retail venues can be found just about everywhere you go in The Old North State.

Greensboro offers a variety of fashion events, and Chapel Hill—one of the state’s smaller (but growing) cities is home to dozens of independent boutiques featuring brands from California, New York, and Canada. North Carolina is also home to a number of top art museums such as The North Carolina Museum of Art (NCMA) in Raleigh, and the Bechtler Museum of Modern Art in Charlotte, and a variety of schools that offer top-tier fashion programs.

Continue reading to find out which schools are tops in the world of fashion and where to find them.

Scroll through the list below to review North Carolina’s best schools for aspiring fashion designers and what they have to offer.

North Carolina is the second-largest textile and the third-largest apparel state in the U.S. in terms of employment. The textile industry here is nearly three times larger than the apparel industry and it employs more than 59,000 workers. The apparel industry employs more than 20,000 workers. Combined, North California, California, and Georgia hold 44 percent of the jobs in textiles and apparel. Even with a slight dip in the population of salaried fashion designers between 2008 and today, the job scene is still worthwhile for aspiring North Carolina fashion designers.

It is important to keep in mind that many fashion designers are self-employed. However, the Bureau does not collect data for these individuals. The state is likely home to hundreds of independent designers, and they may earn as much as or substantially more than the state (and national) average. In fact, some of nation’s top designers earn anywhere from the high six figures to tens of millions of dollars.

Many North Carolina fashion designers and merchandisers live in major cities such as Charlotte, Raleigh, Greensboro, Winston-Salem, and Durham. The Triangle (Raleigh-Durham) has the most retail and fashion sales in the state as well as Piedmont Triad—the area within and surrounding Greensboro, Winston-Salem, and High Point, and Metrolina, which is the metropolitan area of North and South Carolina within and surrounding the city of Charlotte. Other specific areas worth exploring include Chapel Hill and major cities such as Fayetteville, Cary, and Wilmington.