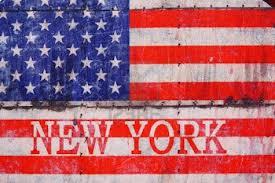 New York is where every aspiring fashion designer wants to be. It’s one of  “Big Four” fashion capitals of the world (London, Milan, NY, Paris) and it is home to the world’s very first fashion week—now known as Mercedes Benz Fashion Week. New York City is also home to one of the largest garment districts in the country and that famous show called Project Runway. No other city in the U.S. has more to offer aspiring fashion designers than New York City.

Besides an endless number of fashion events and over-the-top shopping venues for both fashionistas and designers, NYC houses an endless number of top designer studios such as Alexander McQueen, Carolina Herrera, Diane Von Furstenberg, and Tommy Hilfiger. In addition, the state, not just New York City, is home to some of the world’s top fashion schools. In fact, the state has one of the largest collections of NASAD-accredited fashion programs in the U.S. Many are offered at schools dedicated exclusively to art and design.

Just a few of the state’s top fashion schools include Cornell University, Parsons the New School for Design (backdrop for Project Runway), the Fashion Institute of Technology, and Berkeley College.

According to the most recent report by the Institute of Education Sciences (IES/2013), New York is home to 304 Title IV degree-granting institutions. The state has one of the highest numbers of colleges in the world, with 933,726 enrolled in full-time degree programs, and tens of thousands enrolled in the state’s top art and design programs alone.
Below is a list of New York’s most acclaimed fashion schools and what they have to offer.

Between 2004 and today, New York City has seen its (salaried) population of fashion designers rise and fall, and rise again. Before we launch into the figures, it is important to note that a large percentage of New York fashion designers work independently. The Bureau of Labor Statistics does not report figures for independent workers, business owners, etc. However, it is estimated that there are more than 175,000 fashion industry jobs in the state of New York, with 7,300 salaried fashion designers living in the state alone (2013). These individuals earn an average salary of $79,270 per year.