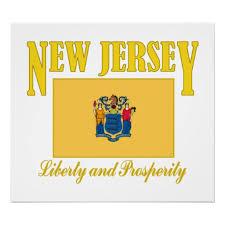 Next, the state has more malls per square mile than most other states, and according to The New Jersey Retail Merchants Association (NJRMA), retail is the 2nd largest employment sector in New Jersey. Although shopping venues are plentiful in large cities such as Newark and Jersey City, several smaller cities and towns offer excellent shopping excursions for the adventurous.

Some of the biggest areas for fashion and retail therapy are Nassau Street in Princeton, East Ridgewood Avenue in Ridgewood, and Upper Montclair in Montclair. Finally, New Jersey is home to a number of worthy fashion schools that offer everything from Fashion Design and Product Design to Fashion Marketing & Management/International Business.

If New Jersey sounds like a great place to launch your fashion career, continue reading to learn more about the state’s best fashion programs and where to find then.

According to the latest report by the Institute of Education Sciences (IES), New Jersey is home to 66 Title IV degree-granting universities. Although smaller than the national average, New Jersey’s collection of colleges includes some of the nations (and the world’s) Best colleges. Princeton University, Rutgers University, and The College of New Jersey are just a few.

Scroll through the list below to review New Jersey’s best options for aspiring fashion designers and what they have to offer.

Some of the most lucrative opportunities can be found in New Jersey’s principal cities. Aspiring fashion designers should consider Newark—the state’s largest city, followed by Jersey City (second largest), Paterson, Elizabeth, Edison, Trenton, and Camden. Atlantic City is well worth looking into as well as Princeton, Ridgewood, and Upper Montclair. And, of course, many New Jersey based designers spend a lot of time working right next door in New York City—the nation’s fashion capital.