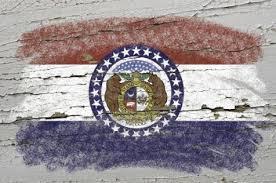 Missouri is home to more than 6 million residents that spend more than 76.5 million dollars a year in the retail industry. Some of the state’s most active fashion and retail scenes are in Kansas City (population 464,000+), St. Louis (pop. 318,000+) and Springfield (pop. 162,000+). The state’s largest cities are home to numerous high-end retailers, trendy malls and hip shopping districts, and many of the state’s most unique boutiques and design shops.

Country Club Plaza is the premier shopping district in Kansas City, with retailers ranging from Armani to Urban Outfitters. Other top Kansas City shopping destinations include Oak Park Mall, which houses more than 180 specialty stores, and Legends Shopping District at Village West. The City of St. Louis has dozens of malls and shopping districts as well, but Saint Louis Galleria Mall is a local favorite. Galleria houses more than 140 stores ranging from Ann Taylor to Wet Seal.

Besides offering access to a wide variety of shopping venues, St. Louis and Kansas City host their very own Fashion Weeks, as well as dozens of other smaller events throughout the year. Both Fashion Week events attract local and international talent, and they take place several times a year. St. Louis is also home to Grand Center—the city’s arts and entertainment district, which houses more than 30 arts organizations, 12 museums and galleries, and 1,500 arts and cultural events each year, including Missouri Fashion Week.

The state of Missouri is also home to a variety of schools that offer excellent fashion programs. Most are located in the state’s top five largest cities. Just a few include the Sam Fox School of Design & Visual Arts at Washington University in St. Louis, Kansas City Art Institute, and Missouri State University in Springfield.

Continue reading to learn more about Missouri’s best fashion schools and where to find them.

According to the latest report by the Institute of Education Sciences (IES), Missouri is home to 138 Title IV degree-granting institutions. More than 420,000 students are enrolled, with thousands enrolled in the state’s top art and design schools.

Scroll through the list below to find out which Missouri schools are tops for aspiring fashion designers and what they have to offer.

If you’re looking for the most lucrative opportunities in fashion, start with Missouri’s large cities first and work your way down. The Badger State is home to five cities with a population over 100,000 (Kansas City, St. Louis, Springfield, Independence, and Columbia), and four cities with a population over 60,000. Many these cities are located near the state’s largest cities. They include Lee's Summit (less than 20 miles from Kansas City and Independence), O'Fallon (just 30 miles from St. Louis), St. Joseph (48 miles or so from Kansas City and Independence), and St. Charles (around 19 miles from St. Louis).