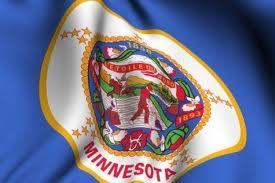 Minnesota is home to nearly 5.4 million people, making it one of the top 25 most populous states in the U.S. The North Star State is also the 12th largest state by land size and because it has so many lakes, Minnesota has been named the “Land of 10,000 Lakes.” With an astonishing number of parks, forests, lakes, and more, its no wonder natives have earned a reputation for being big on organized outdoor sports and recreation. The state’s largest cities—Minneapolis and St. Paul (The Twin Cities), also earned the title “Fittest U.S. City.”

Minnesota isn’t just about beautiful landscapes and natural wonders though. According to the state arts board, Minnesota is home to nearly 20,000 artists. The Bureau of Labor Statistics places the number closer to 38,400, which includes artists of all kinds. Next, in 2010, The Atlantic magazine ranked the Twin Cities fifth in “Creative Density” and the state’s top art venues—Minneapolis Institute of Arts and Walker Art Center are also well known across the country.

The state’s vibrant art scene attracts artists and designers of all kinds—including fashion designers. You will find some of the most magnetic fashion scenes in the state’s largest cities including Minneapolis, St. Paul (second largest), and Rochester (third largest). Minneapolis is home to Minneapolis-St. Paul Fashion Week’s The Shows, and more shopping destinations than most other cities in the region. However, in nearby Bloomington, just 15 minutes from downtown Minneapolis and St. Paul, is the second largest shopping mall in the U.S.—Mall of America. Mall of America is home to a staggering 520 stores, 50 restaurants, the nation’s largest indoor theme park, and it attracts 35 to 40 million visitor’s each year.

One of the biggest attractions to the shopping scene here is no sales tax on apparel or shoes. Now how's that for being fashion friendly?

Minnesota is also well known in the academic world for its large university systems. The University of Minnesota system is one of biggest and the best. This system consists of five campuses (Twin Cities, Crookston, Duluth, Morris, Rochester), 16 regional extension offices, 19 research and outreach centers, and more than 69,000 students. The University of Minnesota also happens to have the state’s largest collection of advanced degree programs in fashion.
If Minnesota sounds like a great place to start your fashion career, continue reading to learn more about the state’s best fashion programs.

According to the most recent report by the Institute of Education Sciences (IES/2013) Minnesota is home to 113 Title IV degree-granting institutions. More than 442,000 students are enrolled, with thousands enrolled in the state’s largest university system alone. Hundreds attend the state’s top art and design schools. Scroll through the list below to find out which Minnesota schools are tops for aspiring fashion designers, and what they have to offer.

Aspiring Minnesota-based fashion designers and other fashion professionals can find job opportunities in many cities across the state. However, some of the best opportunities can be found in the state’s principal cities including Minneapolis (population 392,880) St. Paul (pop. 290,770), and Rochester (pop. 108,992). Other cities worth considering have a population over 85,000 and include Duluth and Bloomington.

Although the following cities have a smaller population (over 60,000, but less than 85,000), they may offer opportunities for merchandise displayers, retail managers, apparel production specialists, fashion buyers, and more. Brooklyn Park, Plymouth, St. Cloud, Eagan, Woodbury, Maple Grove, and Eden Prairie are worth looking into.