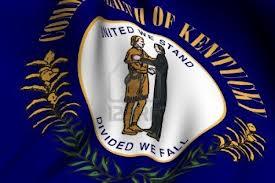 The state of Kentucky hosts a number of truly spectacular events each year. However, the most spectacular of them all is the Kentucky Derby. The Derby, which takes place in Louisville Kentucky at Churchill Downs, is about more than horseracing though. This event (and it’s sister event—the Kentucky Oaks) is also about highlighting high-end spring fashions.

Wearing the latest headwear and accessories is equally as important as donning the latest dress styles, suits, and separates. And everyone dresses to impress because they just might find themselves on the front page of the local newspapers, which routinely report the winners in all categories—including fashion!

These fashion events compliment the fashion scene well, along with the state’s retail industry, which attracts designers and retail giants from all over. Easy access to a large selection of retail venues helps the industry rake in well over $50 million a year. Visitors will find everything from consignment shops and independent boutiques to upscale department stores, high-end designer studios, and sprawling malls.

You can also discover hidden gems in the state’s smaller towns like Paducah, with its historic downtown area filled with urban boutiques and vintage jewelry stores, its "LowerTown Arts District," and Kentucky Oaks Mall—the areas largest mall with more than 100 stores. And in Florence, you’ll find Florence Mall, home of more than 100 stores and restaurants from Abercrombie & Fitch to Wet Seal.

Besides big events like the Kentucky Derby and Waterfront Fashion Week, and shopping galore, Kentucky is home to several schools that offer top-rated fashion programs. These schools are often listed among the best schools in the region. They can be found in many of the state’s largest cities such as Bowling Green and Lexington.

Continue reading to find out which Kentucky schools offer the best fashion programs and where to find them.

According to the most recent report by the Institute of Education Sciences (IES/2013), Kentucky is home to 76 Title IV degree-granting colleges and universities. The state’s small, but quality collection of schools welcomes roughly 277,907 students each year. The state’s Title IVs consist of traditional colleges and universities, technical schools, community colleges, and art and design schools that offer everything from Associate degree programs to PhD programs in all areas of study.

Scroll through the list below to review Kentucky’s best options for aspiring fashion designers and what they have to offer.

Some of the most lucrative positions for Kentucky-based designers can be found in Louisville—the state's largest city, followed by Lexington (second largest), Bowling Green, Owensboro, Covington, and Hopkinsville. Richmond, Florence, Georgetown, and Elizabethtown are also worth exploring.