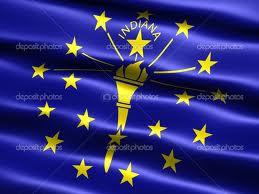 Indiana is home to more than 6.5 million residents and the nation’s 13th largest state—Indianapolis. Indiana has four other cities with a population over 100,000, but Indianapolis still leads the way in the area of art and culture, entertainment, and fashion. The city of just under 835,000 is home to the renowned Indianapolis Museum of Modern Art, The Indianapolis Civic Theater (one of the top ten largest community theaters in the U.S.), Murat Theater at Old National Center, Warren Performing Arts Center, and it is the birthplace of Midwest Fashion Week (MFW).

Across The Hoosier State, you’ll discover hundreds of bustling malls from Glenbrook Square in Fort Wayne to Washington Square in Indianapolis. High-end department stores can be found in just about any major city (and many smaller ones), as well as independent boutiques, unique thrift stores, specialty shops, and more. Indiana is also home to a number of schools that offer top-rated fashion programs.

While many of these top schools are located in Indianapolis, several can be found in smaller cities such as Terre Haute, West Lafayette, and Vincennes. They offer everything from Apparel Design and Technology to Fashion & Retail Management to Fashion Merchandising.

Continue reading to learn more about Indiana’s most popular options for aspiring fashion designers and what they have to offer.

According to the latest report by the Institute of Education Sciences (2013), Indiana is home to 109 Title IV degree-granting institutions. Many of these schools rank among the best in the nation. Just a few of the state’s top schools include Purdue University in West Lafayette, Ball State University in Muncie, and the University of Notre Dame.

Scroll through the list below to find out which top schools offer fashion programs and where to find them.

According to the most recent report by Bureau of Labor Statistics (April 3, 2013), Indiana is home to 50 salaried fashion designers, up from 40 in 2006. Although employment of salaried designers is slow growing here, salaries seem to be rising at a faster pace. In 2006, Indiana-based fashion designers averaged $41,430 per year. Today, the average salary is $47,930.

It is important to keep in mind that many fashion designers are self-employed—especially in large cities like Indianapolis. However, the Bureau does not collect data for these individuals. What we do know is the independent designer population is substantial and growing, and self-employed designers might earn much less or much more than the national average. Some of nation’s top designers earn hundreds of thousands to millions per year.

Still, several schools that offer fashion programs can be found in these cities and most have a small, but magnetic fashion scene. They are worth exploring as well, especially if your focus is retail management, marketing, or merchandising. Other principal Indiana cities include Carmen, Bloomington, Fishers, Hammond, Gary, and Muncie.