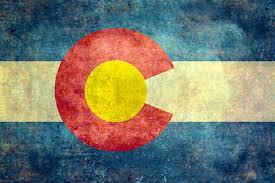 Colorado might not come to mind when you think of fashion, but several cities in the Centennial State have made their mark in the fashion industry. Head over to Colorado Springs where you will find everything from high-end designer boutiques to outlet malls such as Promenade at Briargate, the Outlet Shops at Castle Rock, and the Citadel. In Denver, you’ll find one of the state’s busiest retail venues—Cherry Creek Shopping District. Cherry Creek is home to 169 shops from Burberry to Ralph Lauren and Downtown Denver is home to more than 300 retailers from Ann Taylor to H&M.

Denver, the state’s largest city, is also home to a number of popular fashion events such as the Denver Style Expo (which features multiple runway shows), the Denver Style Awards, and Colorado Fashion Week. In addition to a growing fashion scene, Colorado is home to a number of schools that offer programs for aspiring fashion designers and other artists. Just a few of the state’s top schools for fashion and related careers include Rocky Mountain College of Art + Design (RMCAD)—host of the Paper Fashion Show competition, the Art Institute of Colorado, and Emily Griffith Technical College.

Colorado is home to 86 Title IV degree-granting universities as of 2013. The state’s small, but impressive collection of schools consists of traditional colleges and universities, technical schools, community colleges, art and design schools, and extension centers that offer everything from enrichment courses and certificates to design degrees.
Scroll through the list below to review Colorado’s best options for aspiring fashion designers and what they have to offer.

It is important to keep in mind that many fashion designers are self-employed. However, the Bureau does not collect data for these individuals. That said, self-employed designers might earn much less or much more than the national average. Some of nation’s top designers earn anywhere from the high six figures to tens of millions of dollars.

Some of the most lucrative positions for Colorado-based designers can be found in Denver. In fact, in addition to housing most Colorado fashion schools, Denver is home to around 75 percent of the state’s fashion designers. Colorado Springs has the next highest population followed by Aurora, Fort Collins, and Lakewood.