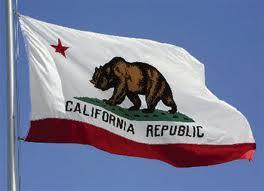 With more than 38 million residents, California is the nation’s largest state by population. The Golden State is famous for having some of the world’s most breathtaking beaches and even the best view of the world from Mount Diablo State Park (summit 3,849'). More of the earth's surface can be seen from here than any other peak in the world—except Mt. Kilimanjaro in Africa. The state is also home to the two tallest trees in the world—one in Redwood National Park (379 and 4 inches), the other in Humboldt Redwoods State Park (369 feet tall).

We could go on and on about how spectacular California is when it comes to nature, but the Golden State has a lengthy list of other attractions to its credit. The state of California has one of the world’s top (and most envied) fashion scenes. In fact, the nation’s most populous state is home to a staggering 650,000 retailers, across 58 counties and 480 cities, but the buck stops in Los Angeles. The LA fashion scene is so fierce, it is in the top ten among the Top 25 Most Fashionable Cities in the World.

Although Orange County, California is home to the third largest mall in the U.S.—South Coast Plaza (250 boutiques), Los Angeles is home to one of the world's largest and most desirable fashion districts. The LA Fashion District spans 110 blocks in downtown Los Angeles and features apparel, accessories, textiles, live/work lofts, design studios, and more. The district is home to more than 2,000 independent wholesalers alone, and it is considered the “hub of the apparel industry on the West Coast.”

The California/Los Angeles fashion scene isn’t just for the established shopper or designer either. It is one of the top states for aspiring fashion designers, merchandisers, and marketers. The state is home to the largest number of NASAD-accredited fashion schools in the U.S. and many are dedicated exclusively to design. Just a few of the state’s top fashion schools include the Fashion Institute of Design and Merchandising (FIDM), Los Angeles; Otis College of Art and Design (OTIS), Los Angeles; California College of the Arts, San Francisco, and The Academy of Couture Art, Los Angeles.

According to the most recent Institute of Education Sciences (IES) report (2013), California is home to 454 Title IV degree-granting institutions. More than 2.3 million students are enrolled in the state’s public postsecondary institutions, with more than 420,000 enrolled in the state’s private schools, and thousands attending California’s top fashion schools alone. Below is a list of 20+ top California fashion schools and what they have to offer.

According to the most recent Bureau of Labor Statistics report (April 8, 2013), California is now home to 5,020 fashion designers. In 2006, the Bureau reported that 3,550 fashion designers worked in design, consulting, and apparel manufacturing in the state of California.

Aspiring fashion designers and fashion merchandisers might be interested in another growing area of fashion—merchandise displaying. Working in this area of fashion can serve as a stepping stone, a learning experience, or a way to make connections while in school, searching for the perfect position or even while starting a new line or business. The U.S. is home to 73,490 salaried merchandise displayers, up from 62,580 in 2006. They earn a mean average annual salary of $28,860, up from $26,550 in 2006. The highest paid merchandise displayers earn an average salary of $43,940 yearly and the lowest paid displayers average $17,940 per year.