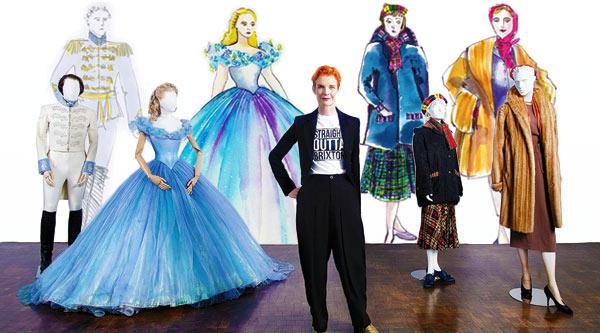 Costume designers are considered “specialty” fashion designers. They create looks for characters for television, film, and stage productions. Depending on the project, stage designers may be required to create costumes based on strict specifications or they may have the freedom to create from their own vision of what they think the character should wear. Some costume designers revamp existing costumes to fit the production at hand.

Costume designers are a unique lot. Not only do they design elaborate costumes for film, television, and stage productions, they must also interpret scripts, understand props and scenery, and be familiar with the fashions of specific time-periods in history. They sketch designs by hand or computer (CAD), and they are responsible for selecting just the right fabrics, adornments, and other materials for pieces.

Costume designers must also know a little bit about budgeting. It is up to the designer to stay within budget for any given costume or line of costumes. In addition to designing costumes, costume designers must be experienced with creating compliments such as gloves, canes, hats, hair accessories, shoes, jewelry, bags, and even masks.

Most fashion design programs offer an internship during student’s junior and senior years. This experience can be invaluable during your job search. There are 300 National Association of Schools of Art and Design accredited postsecondary institutions that offer programs in art and design. Most, if not all, offer internships with a design studios, manufacturing companies, television and film production studios, or theater companies.

Employment of fashion designers is expect to average 1 percent for the 2008-2018 decade. However, wage and salary employment for the motion picture and video industries is expected to grow 14 percent for the 2008-2018 decade. This is higher than all other industries combined. For costume designers interested in working in the theater, the best opportunities are in cities such as New York, Los Angeles, Chicago, San Francisco, Boston, and Washington D.C. Job openings for theater costume designers are usually abundant in the fall and spring seasons.